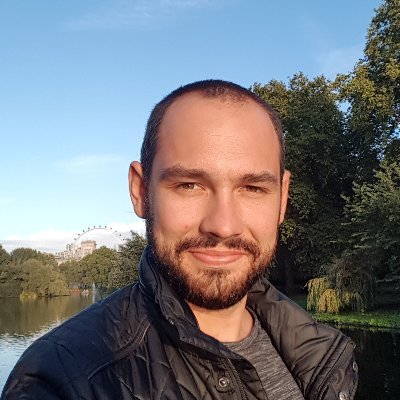 Recently, I read the really nice book, entitled “C Traps and Pitfalls”, to extend my competences in C. This post gathers all my key findings and takeways from this book. I wrote this more for myself to note the key findings, but I think any C programmer can find something useful in my notes. Enjoy!

Before going into the topic, quick reminder on what operators do we have in C:

Except for above, there are two simple operators: sizeof and Comma operator.

Now, where does the precendence of operators matter? In general, in any statement of the C program, but we would meet the most surprising traps in the if statements. According to the example from book, we could write the following statement to check if variable flags has some bit (represented as FLAG) turned on:

Sic! The relational operator (!=) has the precendence over the bitwise operator (&), so it totally changes our intention! The statement firstly compare FLAG with 0 and, then, takes the result of comparison and performs logical AND operation with flags. This was not our intention!

In the book, there are more examples of such a traps in C. What we should remember is:

To conclude this paragraph, the operator’s precendence in C can make a lot of surprises for not experienced programmer.

My hint? Use as much parenthesess as you need, but not more than really required, in the if statements to express your intention. You will avoid a lot of surprises this way.

In the switch statement each case statement should be terminated with break. Otherwise, all the subsequent case statements will be also invoked until the first break ! Note that this trap may also be a nice feature of the language if used intentionally (e.g. in the compiler program to skip some tokens while analyzing the code).

Consider the following example from the book:

The intention here is to enter else block if x != 0. However, in C, else is associated with the nearest if statement! Therefore, in the above example else statement will be invoked if y != 0 (sic!).

My hint? You should always use parenthesses in the if-else statements to make sure that C program behaves as you intended to.

Order of evaluation for most operators in the C language is not defined. The compiler is free to evaluate such expressions in any order, if the compiler can guarantee a consistent results.

All other C operands evalute their operands in undefined order. It means their exact behavior is implementation-specific/

Anyone should avoid using logical (e.g. &&) and bitwise (&) operators, interchangebly. For experienced programmers, it is obvious that these operators are not equivalent to each other. However, young programmers can substitute bitwise operator for logical operators or vice versa.

In general the rule is simple:

According to the following example (from book):

If the && would be replaced by & we will have two consequences:

It is worth to remember these consequences as the recruiters like to ask this sort of questions at job interview :)

It is the programmer’s responsibility to ensure that the arguments toa function are of the right type.

String is an array of characters, but this array is terminated with '\0' (null character). Therefore, we need allocate one extra character for string! For example, if strlen(s) equals n, s really requires n+1 characters to be allocated.

10. What C preprocessor gives us?

11. Macros are not functions

This statements is rather obvious for everyone, who has been working with C for some time now. However, it can be misunderstood by beginners.

Even though macros usually looks like function calls, they are not the same! Come back to takeways #10 and remember: preprocessor replaces all macros instances with actual value of a macro. This may lead to surprises for less experienced programmers.

In my personal opinion, macros should be used mindfully, because they are not always the best option. The macros imitating functions sometimes looks really ugly and far away from “clean code” principles. My hint?

Use macros to imitate function only if a function is not complex. Otherwise, use typical functions to make a code more readable.

12. Macros are not typedefs

In C, there is a construct called typedef, which allows programmer to create new types. However, macros are also used to define new types. The rule to remember is that macros are not typedefs and can lead to a surprise. Consider below example (from book):

Now, there is a surprise! Remember macros replaces its instances with the actual value. As a result we have:

So, “a” is a pointer to a struct foo, indeed. However, “b” is just a variable of type struct foo!

13. C is not really portable

The chapter 7 of the book deals with portability pitfalls. To summarize this chapter it is really easy to say that C is not really portable language and every programmer needs to know, which platform she or he is programming on. A programmer has to know about underlaying platform’s features, libraries and limitations.

What authors recommend to look at regarding portability?

This book was a nice journey for me! As I spent a lot of time on programming C software during last year, it was not a revolutionary book for me. Nevertheless, it definetely expand my knowledge about C and I’m sure it provides a strong background and deep knowledge about specific constructs of C.

Implementing tunneling techniques in P4 based on the example of VXLAN